Some open-source programs and web utilities developed at LCB 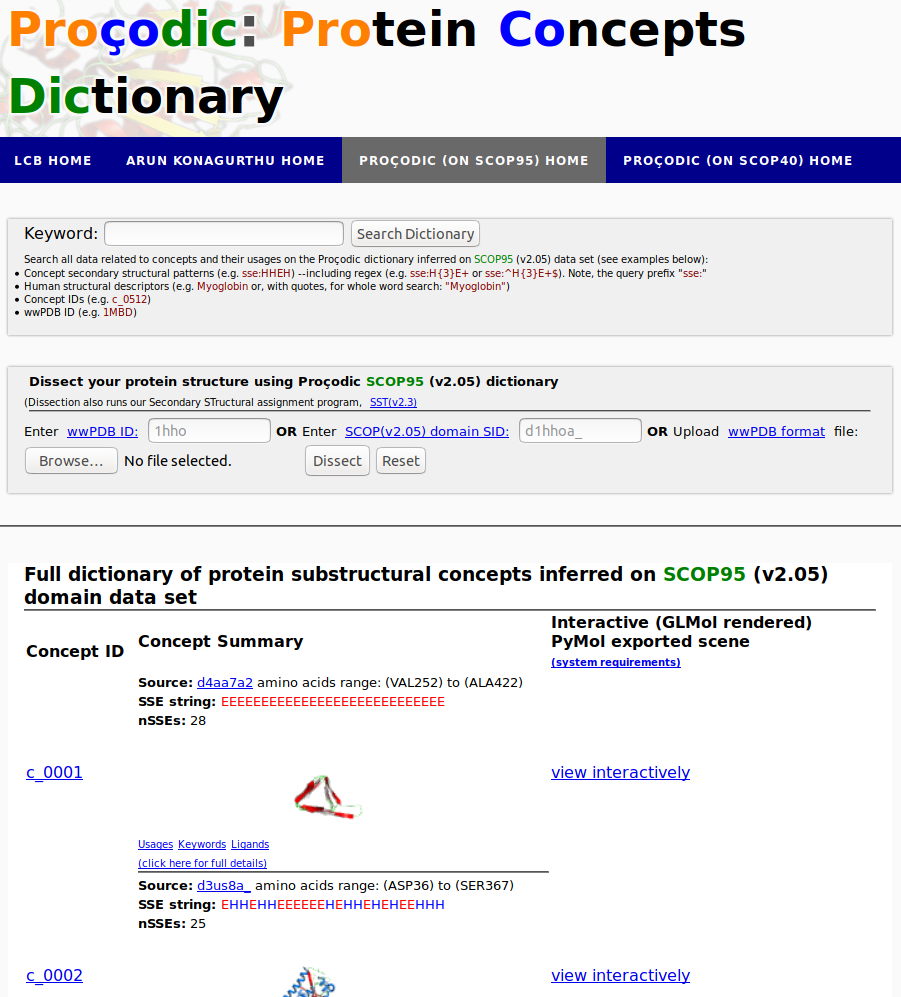 Proçodic is an interactive web server capturing the dictionary of topologically conserved secondary structures (a.k.a concepts), that forms the architectural 'basis set' of the observered universe of protein structures. 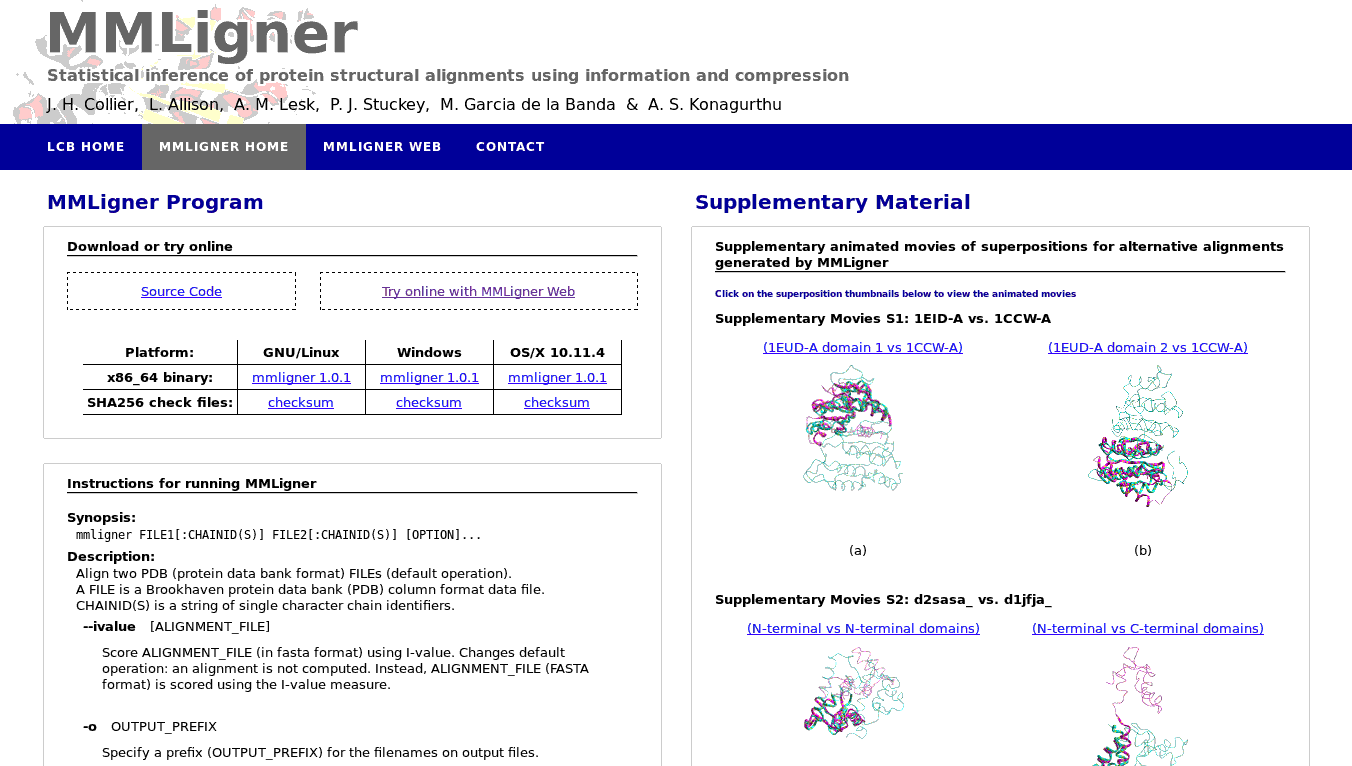 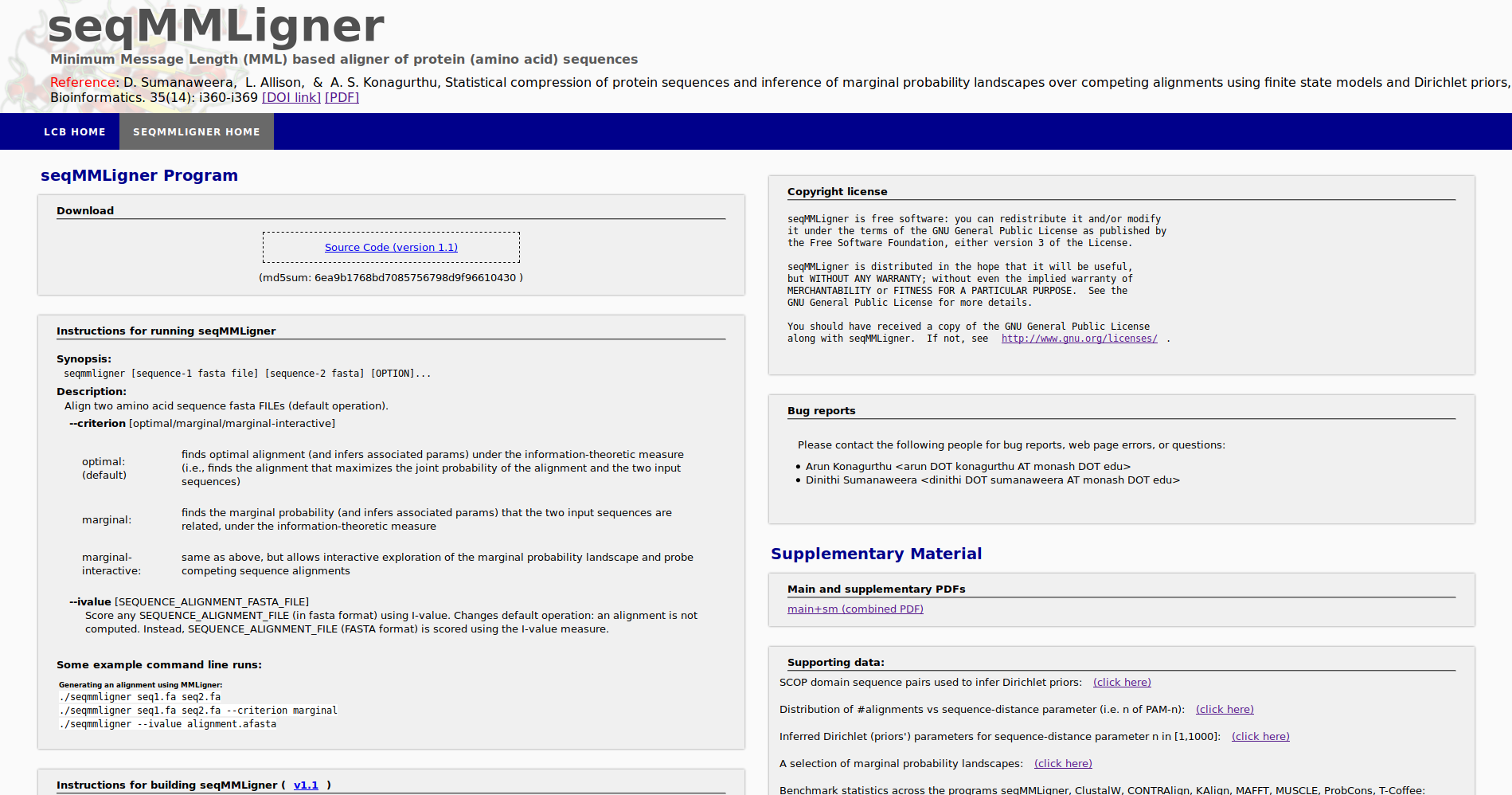 seqMMLigner is a command line program to infer alignments between amino acid SEQUENCES under the MML framework. 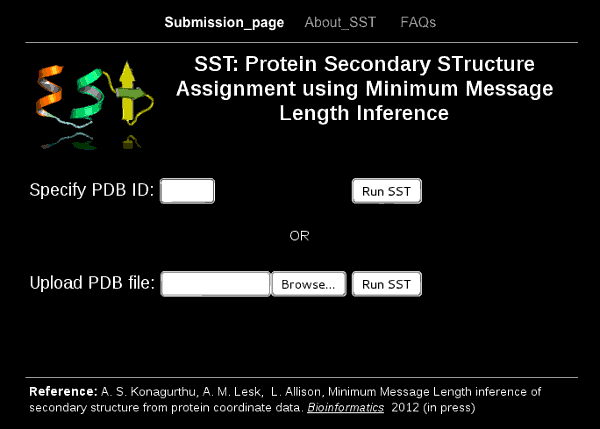 SST is a web server to assign secondary structure to protein coordinate data using the Bayesian method of Minimum Message Length inference. Identifies helices, turns of various types, and strands of a sheet. 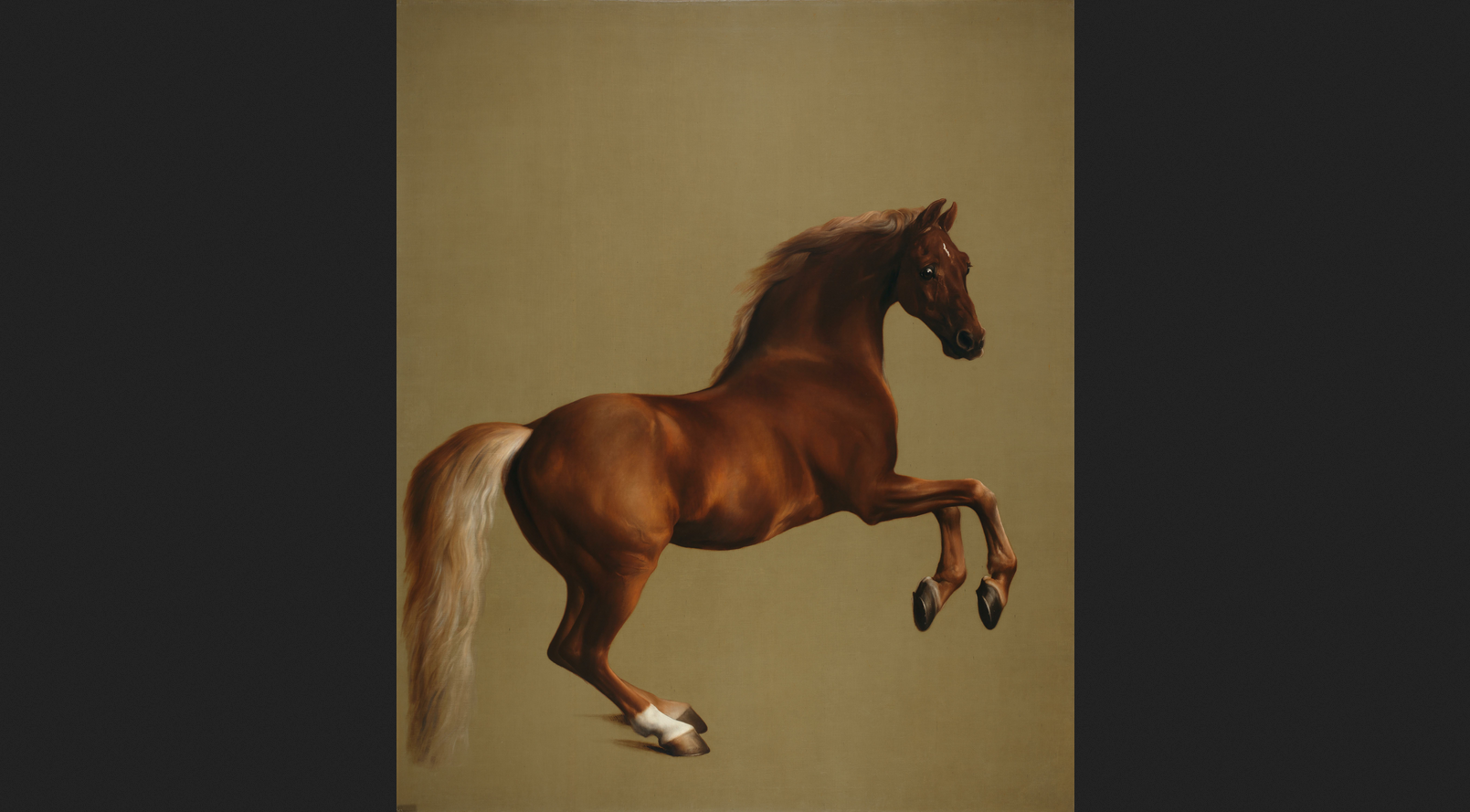 MUSTANG is a command line program to produce multiple structural alignments given the three-dimensional coordinates of proteins. 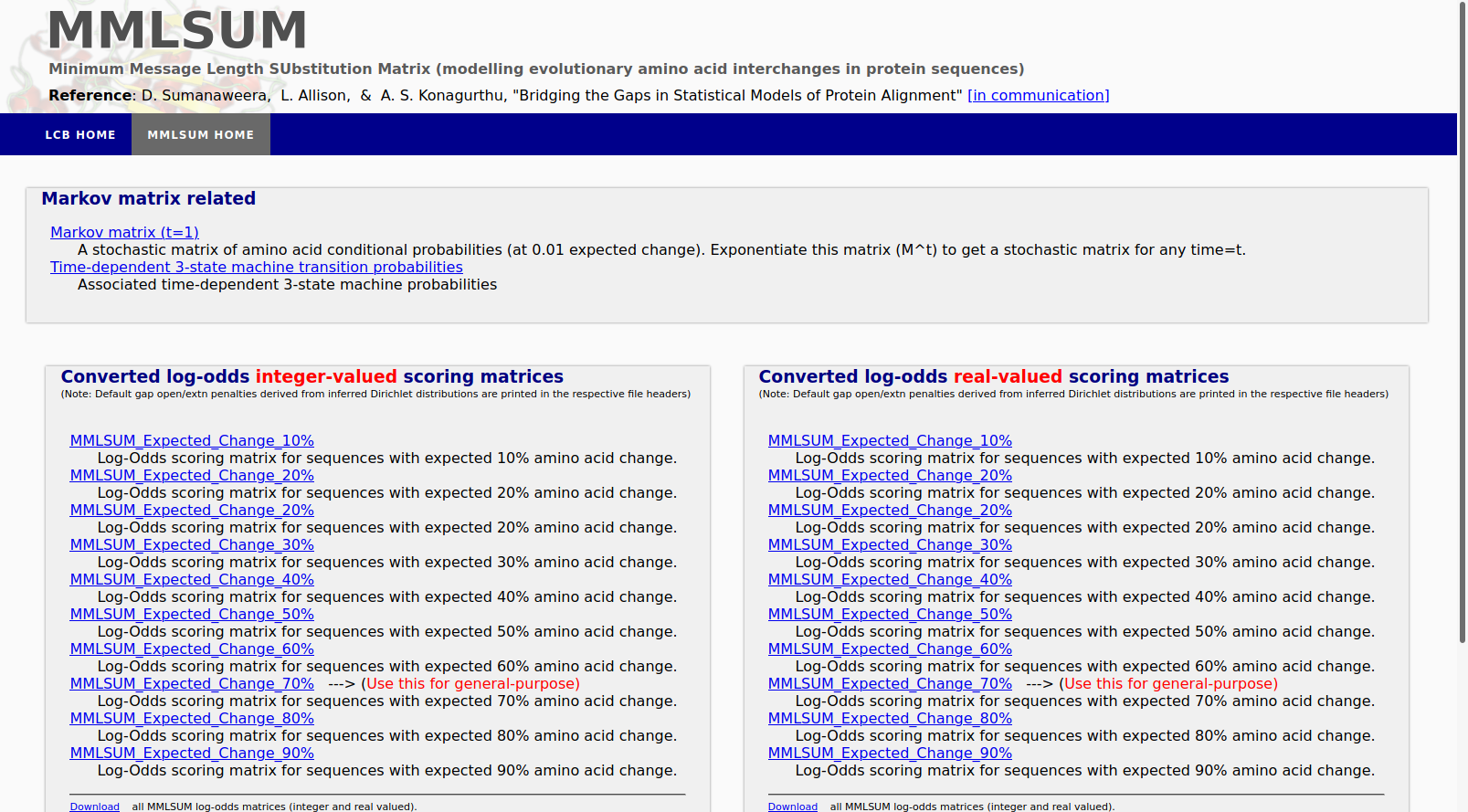 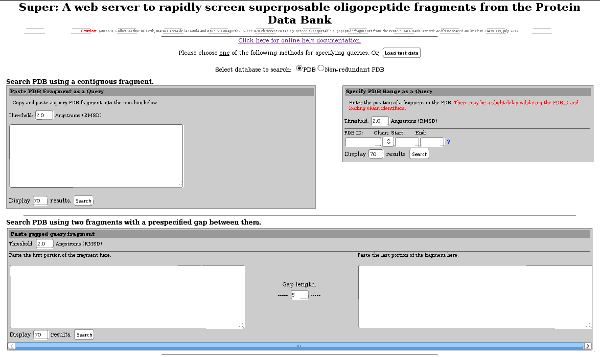 Super is a web server and a program to rapidly screen the entire (up-to-date) PDB and identify similar oligopeptide fragments. The method mathematically guarantees to find all superposable fragments for a given query that fits within a user-prescribed threshold of root-mean-squared deviation (RMSD). 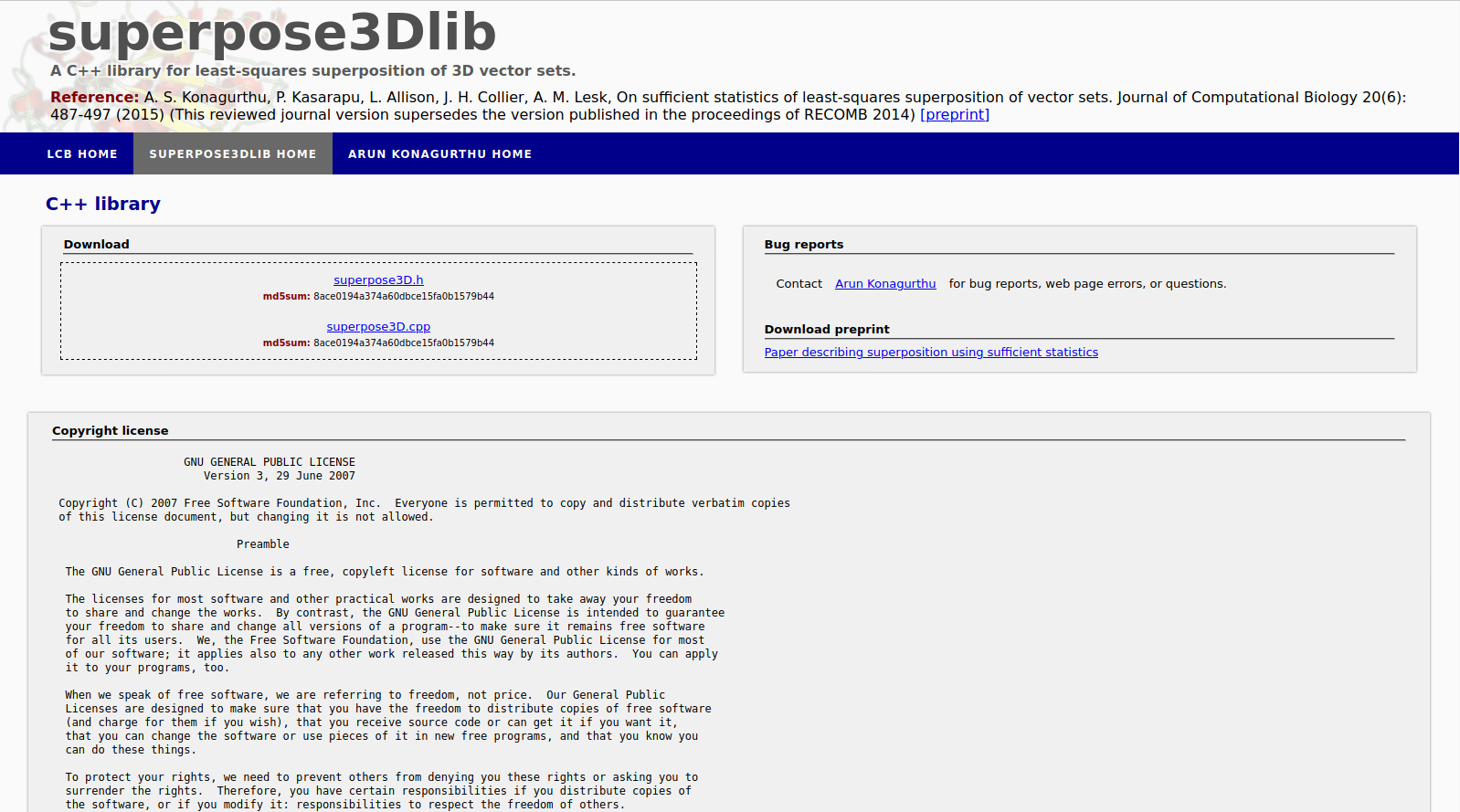